ANNOUNCEMENT: I have taken the game down. I'm leaving the page up, but the downloads have been removed. Check the latest devlog for more info on this.

What is Unreal PT

Unreal PT is a short psychological horror game, completely recreating the athmosphere and gameplay of the PT originally published on the Playstation 4.

About the Making of Unreal PT

Unreal PT was under constant development over the course of 9 months, starting in April 2018 and ending in January 2019. Textures, models, animations, gameplay, and code have been recreated from scratch (more details on this in the development logs).

Performance: The game has been optimized; however, there are graphics options to help further increase performance if you have a less powerful GPU.

Additional Notes: The gameplay is nearly identical to the original. The biggest difference is the very end of the game has been changed slightly to make beating it more consistent. The controls are explained as the game progresses, but if you get stuck at any point I've included two text files in the main directory, one with the controls, the other with a guide on how to beat the game.

I've been looking through forums, and it looks like VR is completely busted and has multiple issues. You are welcome to try it, but I don't recommend it.
NOTE: I have fixed a lot of the bugs people have pointed out to me. Info about this is in the new devlog.

I hope you guys enjoy playing this as much as I loved making it!

Why bother keeping this up on the store? It's just pointlessly sitting here.

This is still the best remake of P.T. out there! I just wish you would've finished it :(

Just streamed this with my gf and i can't sleep brother. thank you but f you lol all love thoo. watch me scream til my heart explodes lol

It's canceled because of copy right.

please leave the download link, i cant find it anywere else and a link i found on reddit doesnt work

it was taken down, some people around the net has it downloaded. look around and you will find it(found it on reddit,in someones google drive)

Why was the game taken down?

Here`s a quote of the developer from his last announcement:

"I've got school starting up again soon. With the work-load that'll give me, as well as another project I'd like to start working on, I'll have a lot of other stuff to keep me occupied. With that said, I'll be officially taking down Unreal PT next week. This has blown up far more than I expected, but now that it's finished, I would like to move on and start work on something original."

Is there a safe way to download this? All the links I've clicked were 'not secure' and I'm not about to get a virus

This was pretty dope. Sad konami took it down. Had to find a mirror link somewhere on reddit.

Thank you. I have oculus rift. I wish trying non vr version but i dont know how to

You sir.. scared the shit out of us :D Thank you.

bro come on you canceled it you were doing so damn well with the development!

i did look on how to dm you, however I can't find it. Would there be a way I can get a download link of some kind? I did also search around for it as well.

I'll send you a message

I was able to find it actually. Does it have xbox one controller support?

I don't know..  :) but glad you found it.. possibly? depends on the dev and the engine

Also if you like this, a  game on steam I recently discovered feels very much like this.. visage..

That is a fun game for sure. Can't wait for the next chapter

o_O I Never finished the ps4 pt... perhaps this is my chance for redemption ?!?!?! I really hate that ugly looking woman and that deformed fetus actually. very difficult to move on like this. edit: how embarassing it was taken down, well at least i have an excuse not to play it then.

I'm not a console gamer so I never got to experience this, this was fantastic! i wasn't able to complete it though because it crashed when I was in the section where you're hunting for pieces of the portrait.. a big read screen full of text popped up with foreign language mixed with english sentences.. it was weird.. the process stopped responding and I had to kill it.

Nevertheless.. this was great :) I've seen videos of people playing and this genuinely seems like a faithful adaptation, almost looks like it is a direct port of the original.

actually those scripted sequences are not an engine bug, but are REALLY part of the game, the original devs put it in to actually look like a bug but it isnt, see here for more details https://silenthill.fandom.com/wiki/P.T. in the gallery you can see the yellow error message along other ones.

Wow, well I don't know if it was just a crazy coincidence but the process was no longer responding according to task manager so I killed it .. now I wish I had just stood by :) maybe it's the way it was implemented? or perhaps I just had a crash at precisely that time..

Either way, this is some high quality work you've got going :) I'd love to see you take this style and apply it to something else where you can proceed further.. it was a fun experience.

nono, thats not my game, all im saying is when i played pt in the ps4, when these errors got going, the game would "hard reset" for real, the videogame would hang up just like it did for you in the pc, and you had to restart the whole thing... pretty creepy shenanigan man. I guess thats one of the things that contributed to it being taken down from the psn store, the dissolution of the whole silent hill team with p.t. being its last made game, and now here of all things its also getting either flagged or taken down .

Ahh yes I should have noticed that you weren't the author.. but yeah that  caught me off guard..

By the way, I discovered a game today because someone suggested that it is the natural successor to PT, or what PT could have been .. I don't know if it's available for PS4  .. but it's on Steam as "Visage" .. it REALLY feels like PT .. it starts off in a house, it's not looping or anything but the home looks similar and the graphic style is the same.. there is a table in a hallway with a radio that's playing.. portraits.. it's a pretty creepy game.

I know it's been out for a while now but it's the first I've played it ..  I couldn't pass it up, it's early access at $24 and some of the top gamers on youtube have made it a recurring series to play..  I'm quite impressed by it

DO NOT BUY THAT !! HERE'S WHY: 1- It's early access. All you got at the moment is ONE single chapter. 2- You need a dedicated DX 11 graphics card... Altough you can play with intel integrated graphics card or an older dx 10 car AT LEAST, it looks ABSOLUTELY dark and navigation is very hard in these circunstances. And also, I played it for some minutes, it isn't all that big a deal for what it has to offer. You're better off playing anything but this.

It`s really sad that you we're forced to take it down, but as mentioned in the comments, the internet still has it! ;)

So first of all thanks for letting me have the experience!
Was it just me rushing or did you cut the part when Lisa kills the player?
You did an incredible work on rebuilding everything exactely how it is.
I once tried to rebuilt P.t. in Unity but that was my first game prject.
what I am trying to say is that I have heavily studied all the scripting why it was a breeze for me to walk through the game.
Only the little but very well thought out changes of the puzzles got me a little of. But the changes are very well designed, almost intuitive.^^
Everythings perfect!
However you could have spent some more time on the character animations, especially when the player wakes up or picks up the flashlight.
The postprocessing is a little bit over the top. And you could have saved some performance by using prebaked reflectionprobes, that get exchanged in the shader while only using SSR for Lisa.
Non the less the visuals are incredible! :O

Once again thank you so much!!!!

can u pls post it one more time for ppl like us can enjoy the demo as well?

Can you give me the link please? I have never played this game because it was canceled and again the same thing happened to me, please I want to play this game :(.

[PSA] You can still find this if you search around for download mirrors.  Make sure its ver 1.0.7
Can't provide any links, or they'd get taken down fast (I would assume).

why have you canceled this? pls bring it back :(

Can anyone send the files on Google Drive or something?  I was really looking forward to playing this.

I downloaded this game a while back and only remembered about it a few weeks later.  And I gotta say that it’s amazing how well done and close to the original this is.  I wasn’t able to play the original Playable Teaser and only watched some gameplay videos of it but this was just as scary from what I can tell.

it has some imperfections (very minor Missing contents) although this one is the closest you'll get to the real experience on the ps4 + here you get Better visuals due to not being limited in terms of console hardware and the optional VR. Also I wanted to give my condolences for the Dev's removal of the game and cancellation of further updates and wish him and thank him for giving the game one last stable update.

how do you adjust sensitivity

How do you get the game? 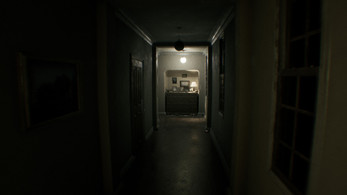 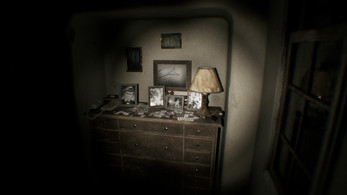 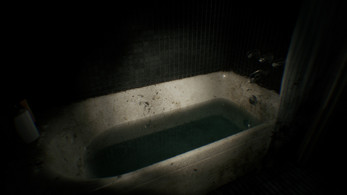 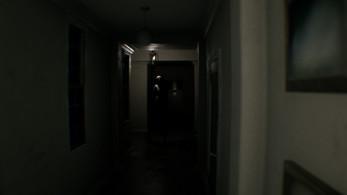 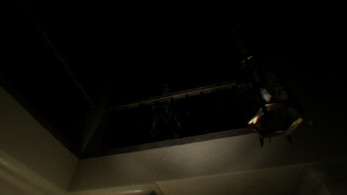